The Higher Self: A Case Study 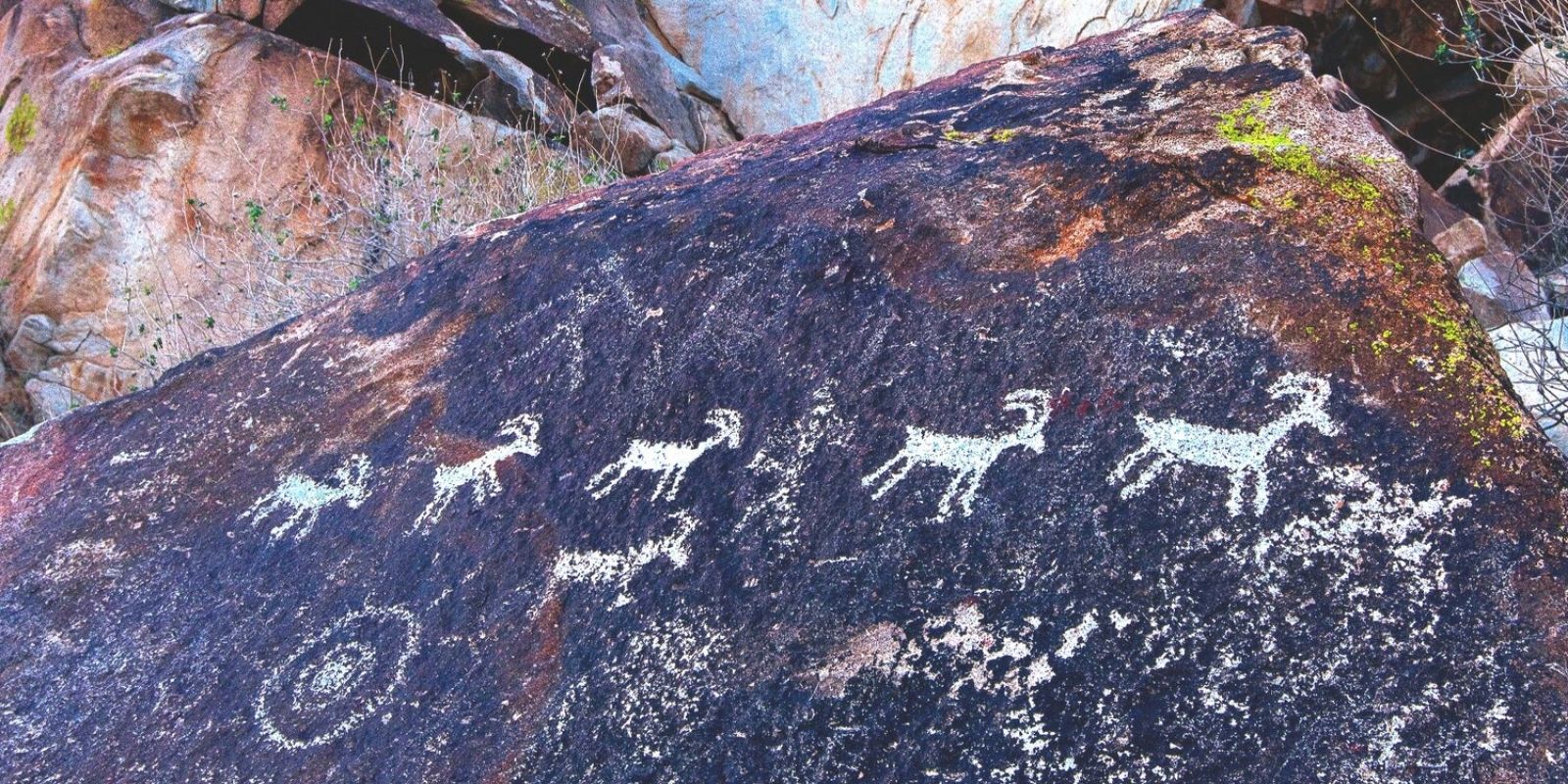 With the curious exception of modern Western psychology, every wisdom, meditative and spiritual tradition on earth acknowledges the objective reality of a higher consciousness in human nature. It is variously called higher self, higher mind, inner wisdom, inner guidance, and other terms. Neuroscience is now also describing this natural element. At a practical level, what matters is that people can access this higher self at any point, and especially in times of need. This case study is one example of such work.

Marianna, 43 years old, had grown up in Utah and moved to New York after her college graduation. She had become a highly sought after public relations professional with many prominent clients. She regularly attended elegant events in New York City and often had to travel internationally with her clients.

She was a beautiful woman who appeared healthy and vibrant, but in truth she was in a serious medical crisis. She was currently being treated for metastatic lung cancer. Successfully treated for thyroid cancer at 15 years old, she believed that her current cancer was most likely caused by all the radiation treatment she received as an adolescent.

She was sent to work with me by a friend who had trained in clinical meditation and imagery (CMI) at my institute. Her friend’s study of meditation and imagery had intrigued Marianne, and she wanted to experience this work because she was struggling with what to do about her treatment. She had gone through a number of different experimental protocols over the past two years. She had experienced brief periods of remission, but now was needing to make more decisions on how to proceed. She had been estranged from her family when she came out as lesbian but had recently contacted them to let them know what she was going through. Her mother came to New York and visited her briefly.

Marianne had a strong community of friends who were reaching out to help her. She was still working while undergoing treatment and was determined to continue working “til the end.”

I worked with Marianna over a period of six months. During this period of time, she had received two courses of chemotherapy as well as extensive radiation therapy. We met with phone check-ins, especially when Marianna was feeling weak and fatigued.

Initially our work focused on meditative breathing practices which Marianna could use whenever she needed to ground and focus herself. Marianna chose to use the focusing on breath practice even though her lungs were the site of her cancer because it had been a helpful technique in the past. She wanted to feel connected to her lungs and breath in a positive way.

For six months Marianna did quite well, successfully planning for and attending a major work event. She inserted some humor into her struggle, enjoyably experimenting with various wigs once she had lost her hair, even getting a blond one for variety.

One day Marianna contacted me asking to be seen as soon as possible. She arrived looking ashen and exhausted. We needed to meet because she had been told that lesions were appearing on her brain. Her radiologist wanted to start treating these brain lesions as well as start her on a new chemotherapy protocol . The thought of losing her mental capacity terrified Marianna more than any other loss. She wanted to meet help in deciding if she wanted to consent to this treatment.

She said, “I’m terrified. You remember the last time we met, I said I was feeling weird? My head was foggy and I was getting dizzy? I thought it was probably because of the radiation being more frequent. Also, sometimes I get sinusy and that does it too. (She became tearful, which was very unusual for her). My worst nightmare has come true – my brain is affected, my brain!! I haven’t been able to sleep for 2 days. I haven’t been able to tell anyone. Do you believe it, I’m embarrassed by this, how stupid is that? You see, I’m already sounding stupid. It means I can’t trust myself. I have to make a decision about whether I want to do this or not.”

I asked Marianna what had helped her to trust herself in the past, and she said: “I don’t know, I just trusted myself, after all I just trusted that getting on a plane and leaving Utah was the right thing to do…. I guess that was a no-brainer… Oh my God, do you believe what I just said? (Coaching herself) OK, OK, take a breath, take a breath.” (She pauses and focuses on her breath for a few seconds).

I told her that was a very important decision, and the wisest part of her knew it was right, even if it may have been a bit scary. Marianna pleadingly questioned “Where is it now? I need it now.” I asked what question would she ask if she felt in touch with it?

Marianna had not previously spoken of her mortality. She preferred to make joking allusions to it. Now she was clearly shaken. Medical challenges were not new to her, but this news opened her to allowing deeper transpersonal work to become important. This is why I introduced a meditative imagery practice to help her connect with her inner wisdom.

I said, “We can work together and I can guide you to get in touch with that part of you. How would that be for you right now?”

What follows is a description of an inner wisdom/higher self method and what Marianna experienced.

Marianna is beginning to look more peaceful, her face relaxing and her breath slowing down.

Marianna seemed deeply relaxed, breathing slowly, her eyelids closed and fluttering slightly, and after a couple of minutes she opened her eyes.

Marianna: Hmmm, that felt like a very long time…(pause)
Me: What did you experience?
Marianna: It was quite a surprise. I was in the mountains near where I grew up. I saw a cave in the distance and I knew it, it’s where I used to go with my friends as a child. I went into it and there was an old Indian man sitting in there with a fire in front of him. I really felt love for him, he was very kind and wise, and I trusted him. He blew some of the smoke towards me, and he was gesturing and saying “Come home…come home.” I started to cry, and he smiled, saying “Don’t be afraid, you’ve been here before. It was very reassuring…(long pause)… It’s so amazing that I had that memory. I loved those caves and we would look for pictures in them. We played cowboys and Indians and I was always the Indian. I always wanted to be the Indian.

Me: How are you feeling right now?
Marianna: I feel so peaceful and calm. I can’t really describe it, it’s more than that…I don’t know, it just feels good.
Me: What do you need right now?
Marianna: I need to stay with this feeling and think about it. He was so strong and reassuring.
Me: Let’s close our eyes and take a moment to center and just check whether there is anything else you need to say or do.
Marianna: Okay… (closed her eyes for a few moments) That felt good.
Me: This feels like a good place to stop for now, so I’d like to suggest that you give me a call later today to let me know how you are doing.
Marianna: Okay, that sounds good. I’ll do that.

Marianna called that evening and said she was still working on her experience. A week later she called and said she had decided to go back to Utah. She had called her mother and her mother asked her to come home and stay with her. She was starting to make arrangements to do so. I agreed that I would be available for phone contact if needed. Marianna said this plan felt right to her.

Six weeks later, I received a note from Marianna’s friend Helen telling me that Marianna had died. The friend had accompanied Marianna back to Utah and met her parents. Helen said that her dear friend was so happy to be back in the mountains and they had visited the cave that had been in the imagery. It had been a very moving and blessed experience for both of them. Marianna was exhausted the next day and died peacefully a few days later.

When guiding a person to connect with inner guidance, it calls on you to offer a clear picture of the fact that inner guidance is real and available. At times I speak about what neuroscience is now recognizing as the higher brain. For many people it feels reassuring that there science that asserts this is real. We should study inner guidance extensively because all other kinds of muck can sneak into the mind. Distinguishing between inner guidance and space junk is crucial. Teachers in many traditions write about this and I feel particularly drawn to St. Teresa of Avila’s (16th c.) teaching on this. She stressed the importance of being able to discern how to measure inner guidance’s trustworthiness. She said it had to have these qualities:
it brings surprise and relief
it offers a new view, a new perspective
it causes gratitude, not grandiosity

I have used this with clients and they get it. So it works. For most people, I find “intuition” is fine as a description, but these kinds of experiences point to a higher consciousness present in everyone’s nature.

Note: The name and identifying details of this person have been changed to preserve client confidentiality. 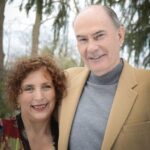