It cannot be quantified how much this suffering disrupts the patients’ ability to rally the immune system, but the suffering clearly reduces the quality of life during and after treatment. Otherwise skilled clinicians often bypass this suffering in patients in order to emphasize a hopeful vision of treatment and outcome. Supportive encouragement from healthcare providers and personal relations of course help, but the patients’ specific form of mental-emotional suffering also needs attention.

An important part of human nature, our innate spiritual capacities, can reduce suffering and give patients a stronger ability to cope. The National Center of Complementary and Alternative Medicine (NCCAM) of the National Institutes of Health places spirituality within the category of mind-body medicine, and the field of integrative medicine refers to a mind-body-spirit approach to patient care. For the sake of this article, “spirit” is understood as a direct experience, not a concept.

This article offers a case study of spiritual experience in cancer patient care. The author’s presentation at the 2014 Integrative HealthCare Symposium will guide the audience through the actual methods.[/vc_column_text][mk_title_box color=”#17466a” highlight_color=”#000″ highlight_opacity=”0″ size=”28″ line_height=”34″ font_weight=”inherit” margin_top=”0″ margin_bottom=”18″ font_family=”none” align=”left”]Case Study[/mk_title_box][vc_column_text disable_pattern=”true” align=”left” margin_bottom=”0″]Sara was diagnosed six months ago with Stage 4 ovarian cancer and is being treated at a major cancer center in Manhattan. She is a 70 year old widow living in retirement on her own. Her two grown children and one grandson live nearby.

She came to the author asking for help with feelings of anxiety and terror: “The ground has been ripped out from under me. I don’t know who I am anymore. I’m a terrified child.”

Sara reported her anxiety and terror to her oncologist and was given a prescription for an anti-depressant medication. Anti-depressants can take several weeks to show their benefits. Sara needed immediate relief, and she also did not like the “out of it” feeling she was experiencing as a side effect. She stopped taking the medication and returned to her physician looking for another answer. With some reluctance (because such medications can become addictive), the oncologist then prescribed an anti-anxiety agent. Sara gained some relief from the anti-anxiety agent, but the high anxiety would creep in soon after the pills wore off. She began to worry: “Am I supposed just keep popping pills?” She also worried if the anti-anxiety medication would affect the round of chemotherapy coming up soon.

Another aspect of Sara’s mental-emotional suffering was the reaction she was getting from others. Her grown children were encouraging and helpful in getting her to medical appointments, but did not want to hear about their mother’s internal struggle. A few of her friends were asking how they could help, but others had disappeared after they heard about her diagnosis. When she would try to speak honestly about her anxiety and terror, only one friend proved capable of truly listening and not silencing her with cliché-ridden advice. She did not want to “over-burden” this friend, and so began to feel very isolated with her suffering. At this point, our work together began.

When it was established that our dialogue could be about anything and everything, Sara stared straight at me and asked, “Do you just get annihilated when you die?”

Sara’s anxiety/terror was being fueled by both the fear of losing this life and the fear of the nature of death. This is typically the territory of religion and/or philosophy, not healthcare, but an integrative healthcare approach aspires to consider all aspects of a patient’s condition. Asked if she had a religion or philosophy to help her, Sara replied that all the injustice and cruelty in the world had long ago proven to her that God does not exist. Healthcare professionals need to note that Sara is representative of a growing trend in America in which at least 20% of the population reports no affiliation with any religion (Pew Forum, 2012). There will be more and more patients in our offices who do not have any religious faith to draw upon in times of existential crisis.

Asked if she had her own perspective on dying, she said that “everyone dies sooner or later,” but added that “I was just hoping it wouldn’t apply to me.” She cracked a smile, and it was clear that she was experiencing relief and even humor from expressing the terror out loud. The principle here is that expression brings relief. There is also an accompanying principle: if the patient expresses herself/himself to a healthcare professional who is sitting face to face, paying close attention and listening patiently, the patient feels the relief of contact and connection. What does it relieve? The isolation of suffering in silence and/or pretending to be fine for the sake of reassuring the people around the patient.

The second aspect of her “annihilation” terror was that her beloved grandson would never be able “to find me” in the world again. This projection into the future broke her heart. She couldn’t imagine how to prepare her grandson, and she couldn’t imagine that the boy’s mother (Sara’s daughter) would know what to say, either. She noted to me that she felt better just talking about these fears. The principle again is that relief comes when the patient is allowed to give full expression to even her most pessimistic and morbid thoughts.

Regarding Sara’s death anxiety, psychiatrist Robert Jay Lifton (Vigilant & Williamson, 2003) outlines five ways that patients can soothe their existential anxiety by identifying symbolically with immortality: 1) the biological way – your children will live on after you (for Sara, this was a source of sadness, not comfort); 2) the theological – you live on in God (not credible for Sara); 3) the creative – you have created something that will live on after you (Sara did not feel such an accomplishment); 4) the natural – you are at one with the universe (Sara could not draw comfort from this); 5) the transcendental – you have experienced states of consciousness which seem to be greater than your separate self.

Sara responded positively to the transcendental way. She’d studied meditation several years ago and had two meditative experiences that, to this day, remained a mystery and a fond memory for her. They were feelings of a state of oneness with everything. It turned out not to be by coincidence that she had sought out the author for help since he was known to teach clinical meditation to health professionals.

Our work then focused on guiding Sara into meditative states. Utilizing the meditative awareness practices of Dr. Roberto Assagioli, MD, of Florence, Italy (1965), the author led Sara into deeper explorations of the peace. After one of the sessions, she declared, “This is what I need.”

What had happened in that session? Sara had gone into a state of deep peace which seemed to enfold her in it: she felt “inside the peace.” Far more than relaxation, she felt she was in touch with some spirit greater than herself. Though highly verbal, Sara felt that words could not adequately describe the state. During the experience, however, she said that all fear was gone.

Her capacity to experience such a state of peace gave her hope that the rest of the course of her illness did not have to be dominated by anxiety. She promised herself that she would pursue more of these experiences.[/vc_column_text][mk_title_box color=”#17466a” highlight_color=”#000″ highlight_opacity=”0″ size=”28″ line_height=”34″ font_weight=”inherit” margin_top=”0″ margin_bottom=”18″ font_family=”none” align=”left”]Discussion[/mk_title_box][vc_column_text disable_pattern=”true” align=”left” margin_bottom=”0″]Bruce, Schreiber, Petrovskaya and Boston (2011) chose the term “groundlessness” as a way to summarize the anxiety-ridden statements from patients at their cancer center. Sara had used similar language when she described that “the ground has been ripped out from under me.” Bruce et al. frame “groundlessness” as an issue to be especially sensitive to within the palliative care patient population, but the shock of diagnosis, a suddenly changed future, and the dread of pain can apply to anyone dealing with illness.

Bruce et al. also report that a severe form of groundlessness and quiet terror can occur in patients who thought they had a religious faith but lost it when they become ill.

Sara’s meditative peace gave her a sense of contact with some spirit greater than herself. Could this peace and contact potentially function as a new “ground” to replace the groundlessness? During the meditation itself, she could believe in this new ground – but would it help her when the anxiety and terror rose up? Was she just fooling herself by going into the meditative states and feeling good? Was the peace just a form of denial? Wasn’t she, after all, just a cancer patient with a poor prognosis? She resolved that she could only answer her own doubts by meditating more and finding out what the results would be.

An unexpected development took place as a result of the meditative experiences. They gave her a new purpose in life – spiritual seeking – to not only reduce her anxiety and terror but to learn things she could pass on to her grandson. The two of them already spent hours doing art projects and talking, and now she could somehow include the meditation and perhaps even add some wisdom that came from her experiences. This helped her to relieve some of the tension she felt about abandoning him (through her eventual death) by giving him something of spiritual value. The medical writer and philosopher, Rachel Naomi Remen, MD, has been particularly articulate about the importance of spiritual seeking for someone like Sara (see, for example, Remen, 1997).

Integrative practitioners can learn these spirit-oriented methods and offer them in the clinic and office (Schaub & Schaub, 2012). For one patient, the methods may simply produce some pleasant relaxation. For others, like Sara, they can change the way in which they frame what matters to them in the face of a difficult diagnosis.

The methods used with Sara do not require belief or non-belief in any system. They simply tap into the innate spiritual capacities of each person – a fact we recognize in the integrative healthcare motto of mind-body-spirit.[/vc_column_text][mk_padding_divider size=”30″][vc_column_text disable_pattern=”true” align=”left” margin_bottom=”0″]As seen on www.integrativepractitioner.com[/vc_column_text][/vc_column][/vc_row] 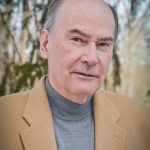 Richard Schaub has an MS from Hofstra University in Rehabilitation Counseling and a Ph.D. from St. John’s University in counseling psychology. He has over 40 years of clinical experience in many healthcare settings. His current specialty is training professionals to work with young adult anxiety.
← Bonney and Richard on Hay House radio Oprah book chapter on Bonney and Richard’s work →